LUMPENPROLETARIAT—Chastity Belt is back with more heartfelt songs of post-punk, indie righteousness.  Well, at least, for the moment, they’re back with a new single entitled “Different Now” from their forthcoming album entitled I Used To Spend So Much Time Alone.  The new Chastity Belt album will be published soon through Hardly Art, an asset of Sup Pop Records, out of Seattle. 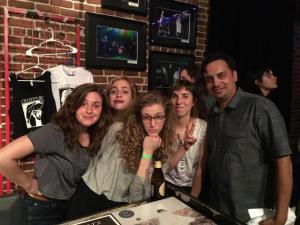 On the music beat for Lumpenproletariat, RDM at The Fillmore (San Francisco, 2015) with Chastity Belt 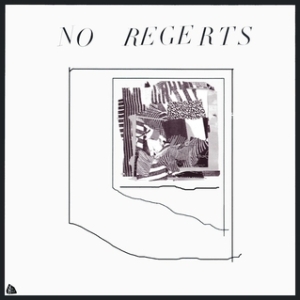 When comrade RDM first played for us Chastity Belt’s “Black Sail“, we instantly fell in love with their sound.  Chastity Belt may deservedly be categorised under the distinguished heading of artistically autonomous punk bands.

I was sure sorry I had to miss their brilliant performance at San Francisco’s Slim’s last night.  (By the way, Chastity Belt opened for Wire.)  But I can’t complain.  I’ve enjoyed more than my fair share of brilliant musical performances at Slim’s (and many other excellent concert venues). [2]  Perhaps comrade RDM will be good enough to share with us his notes from last night’s show.  We thank him for his excellent photograph.

PITCHFORK—(20 AUG 2013) The women in the Seattle indie group Chastity Belt met and formed in college, and their debut is sly and charming about college, and fresh-out-of-college concerns– how dumb the objects of your sexual desire can be; which parties suck, because of whom and what can be done about it; fucking and drugs, and how great and lousy both make you feel; the regressive fun to be had shouting the word “vagina.” “Are we having fun?” lead singer Julia Shapiro asks repeatedly on “Seattle Party”, and No Regerts is a great album by smart kids who are smart enough to understand how pressing that question is.

The vibe on No Regerts (the typo is intentional) is sprightly and relaxed. The members taught themselves their instruments, and you can hear uncertain hands and excellent, sophisticated ears in their playing. Lydia Lund’s rhythm guitar is slightly hiccupy but confident; Gretchen Grimm’s drumming is simple, but patient and sensitive and casually slack, like drumming is just one of several things she’s doing at that moment. On “Black Sail” and “Seattle Party”, her soft puff of a beat stretches the song out pleasingly in the center, like the band is all crowded in the middle of a trampoline.

Of course, lead singer Julia Shapiro went on to record more excellent music with Chastity Belt beyond their debut No Regerts.  Another notable recording is the following selection from Shapiro’s side-project, Childbirth, and that band’s debut album entitled, It’s a Girl!:

“I Only Fucked You As a Joke” by Childbirth

You do not have to be good.

You do not have to walk on your knees

for a hundred miles through the desert repenting.

You only have to let the soft animal of your body

love what it loves.

Tell me about despair, yours, and I will tell you mine.

Meanwhile the world goes on.

Meanwhile the sun and the clear pebbles of the rain

are moving across the landscapes,

over the prairies and the deep trees,

the mountains and the rivers.

Meanwhile the wild geese, high in the clean blue air,

Whoever you are, no matter how lonely,

the world offers itself to your imagination,

calls to you like the wild geese, harsh and exciting –

over and over announcing your place

in the family of things.

[2]  Slim’s is a personal favourite because the venue is so small, only about 1,000 tickets are available per show; but the sound system is world class.  (Estimated reports of Slim’s capacity range from a few hundred up to one thousand.)