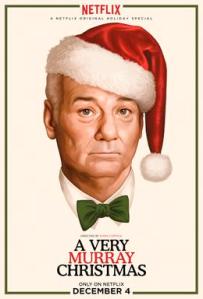 LUMPENPROLETARIAT—Comic, actor, and storyteller Bill Murray is one of our favourite people to survive the ’70s and ’80s and remain socioculturally relevant, whilst maintaining a deadpan countenance over the tragedies of our contemporary capitalist-mode-of-production existence.  As someone who will attest to a deep aversion to the proverbial Christmas/Holiday Special, I can nevertheless wholeheartedly recommend to you a new holiday special produced by, and available on, Netflix.

If only for the seemingly spontaneous moment when Todd Rundgren‘s “I Saw the Light” redefines the typical Christmas carol, consider A Very Murray Christmas this holiday season, my friends.