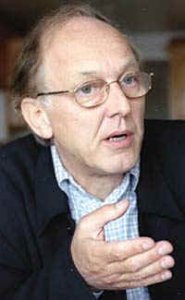 LUMPENPROLETARIAT—On this week’s episode of free speech radio’s Guns and Butter, host Bonnie Faulkner caught up with political economist Dr. Michel Chossudovsky.  For years, the word on the Left has been that one of the the USA’s central foreign policy tenets has been that:  Iran is the plan.

Dr. Chossudovsky argues that there are four primary targets of US military aggression, two of which have been known as part of the so-called BRICS—Russia and China—plus North Korea.

Essentially, the USA has used economic as well as military maneuvers so as to attempt to maintain its global dominance.  This has meant that every miniscule attempt by other nations on Earth to forge any semblance of economic independence from US/Western predation have been met with aggressive military intimidation.  The USA’s military has been provoking, for example, the military forces of China and Russia, just when they’ve been attempting to organise an economic and currency bloc with the BRICS nations, free from US domination.  The question becomes:  Must the USA be the world’s bully?  Listen (and/or download here.) [1]

[Working draft transcript of actual radio broadcast by Messina for Lumpenproletariat and Guns and Butter.]

DR. MICHEL CHOSSUDOVSKY:  “I think there’s been a lot of analysis with regard to Iran, to the extent that the Syrian War, in a sense, is part of the roadmap.  As some analysts have underscored, the road to Tehran goes through Damascus.  And, consequently, the outcome to the Syrian War is crucial in defining the next stage of this broader Middle East Agenda.”

“Michel Chossudovsky is an economist and the founder, director, and editor of the Centre for Research on Globalisation., based in Montreal, Quebec.  He is the author of eleven books, including The Globalization of Poverty and the New World Order, War and Globalization: The Truth Behind 11 September, America’s “War On Terrorism”, and The Globalisation of War: America’s Long War Against Humanity.

“Today, we discuss the significance of NATO‘s large-scale military exercises underway in eastern Europe, global warfare non-conventional warfare, Iran in the Middle East, the [?] Plan, and the strategic alliance between Russia and China within a larger geopolitical framework. (c. 1:55)

DR. MICHEL CHOSSUDOVSKY:  “Delighted to be on the programme.”

BONNIE FAULKNER:  “You have talked about Anakonda 2016, NATO‘s large-scale military exercises underway in Poland. [2]  The war games launched on Monday, June 6th, will run until June 17th.  How significant are these war games?”

DR. MICHEL CHOSSUDOVSKY:  “Well, they’re certainly significant.  But they shouldn’t be interpreted as war preparations against the Russian Federation.  They’re there to threaten Russia.  But, in fact, we must understand that we’re in the framework of global warfare.  And, by threatening Russia on its western frontier with the European Union, it doesn’t signify, necessarily, that NATO and, of course, the United States are intent upon attacking Russia using conventional military hardware.  And there are many reasons for that.

“I should mention that’s very important that history tells us that war is based on deceit and intelligence.  And you don’t amass significant weapons systems on the border with a historical enemy—namely the Russian Federation—and, then, send out press releases about what you are doing.  (c. 4:20)  [SNIP]

The USA is, by far, Earth’s largest purveyor of planetary terror and global warfare.  Dr. Michel Chossudovsky lays out before us, in his heavily referenced and supported arguments, four central characters, states, which the USA has targeted in its forthcoming military projects.  Dr. Chossudovsky spells out for us the USA’s imperialistic designs for conquest across the globe with well-supported research and documentation.  In his interviews for Guns and Butter, he summarises what is heavily documented at Global Research and other useful websites.