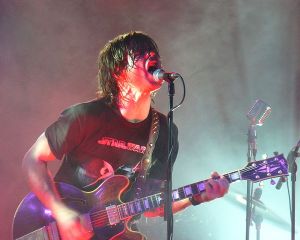 LUMPENPROLETARIAT         I could be serious, but I’m just kidding around.  I could be anything, anything but sticking around…

[Image of Ryan Adams on stage circa September 2006 by 6tee-zeven (originally uploaded to Flickr as Ryan Adams), used via Creative Commons licensure (CC BY 2.0).]