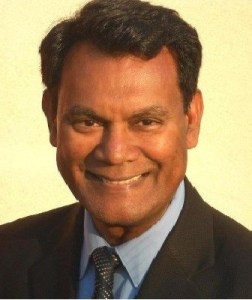 LUMPENPROLETARIAT—On this week’s episode of WorkWeek, programme host Steve Zeltzer, a friend of Lumpenproletariat, discussed, among other things, the privatisation of education.  Listen (or download) here. [1]

WORKWEEK—[7 JUN 2016]  [intro theme]  “This is Steve Zeltzer with WorkWeek Radio.  Today, we will look at the absence of a national debate on privatisation of education and charters with Professor Peter Matthews.  Next, we will examine a report on the failure of OSHA to defend whistleblowers and those who go after companies, that retaliate with Dr. Larry Rose and testing American whistleblower Michael Madden(sp?).

“Now, to the first segment.  The decision of the National Education Association’s supporting Hillary Clinton was linked with the same endorsement by the American Federation of Teachers.  The endorsement comes after the Eli Broad Foundation, which recently announced that it, and other foundations, including the Walton Foundation, which is supported by the owners of Walmart, wanted to take over 50% of the public schools in Los Angeles and turn them into charters.  (c. 3:15)

“Eli Broad and the Walton Foundation has close ties to Hillary Clinton and her own foundation.  At the last Democratic Party Debate, there was not even a mention of the defence of public education and growing threat of charters, either, by Clinton or Sanders.

“Joining us is, author and professor, Peter Mathews of Cypress Community College in Los Angeles. [2]

“Welcome to the show, Peter.

“You’re also the author of Dollar Democracy: with Liberty and Justice for All, For Some.  Welcome to the show.”

PETER MATHEWS:  “For Some.  How to Reclaim the American Dream For All.”

STEVE ZELTZER:  “So, Peter, you watched the debate.  And there was no, really, discussion about the whole attack on public education and privatisation, charters.  Were you surprised by that?”  (c. 3:56)

PETER MATHEWS:  “It was kind of outrageous, when it’s a pressing issue.  I believe charters work, only for a few people, just families, that are able to have more affluence, are able to bring in the students, that do well in school, leaving everyone else behind in the public schools, taking the money out of public schools.

“So, I’m against charters, in principle.  And, still, even in practice, they only work for some people.

STEVE ZELTZER:  “Well, the AFT national leadership and the NEA thought that Hillary would be the best candidate.  And, yet, it seems that Hillary had actual ties to privatisers and union busters.”

PETER MATHEWS:  “No doubt.  Absolutely.  She got ties to them.  I mean they’re her campaign contributors.  And, you know, I think we’ll try to get Bernie aboard in saying, charters gotta go, and bringing money back into the public school system and boost those low-income schools.

“One more thing, Steve.  All the research has shown that the single most important indicator of a child’s success in school and in college is the parental education.  With this gap between rich and poor, between—400 to 1 right now between the average CEO’s income and the average worker.  This gap has grown tremednously.  And these kids are left behind because their parents don’t have the tax money or the tax base to fund the schools fully, which would equalise that, Steve.”  (c. 5:12)