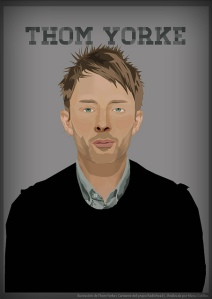 BJORKSMUSIC—’From the Basement’ is a podcast turned television program created by music producer and engineer Nigel Godrich that features live performances from various musicians, without a host or audience. Godrich is best known for his work with Radiohead and is sometimes referred to as the “sixth member” of the band. He is also a member of Atoms for Peace and Ultraísta. Each episode of ‘From The Basement’ features performances from several musical artists. The first podcast episode of the series featured Thom Yorke on the piano performing songs from the then upcoming Radiohead album In Rainbows, alongside performances from The White Stripes and a collaboration between Four Tet’s Kieran Hebden and drummer Steve Reid. The episode was filmed by director Sophie Muller.