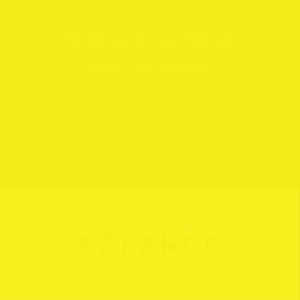 LUMPENPROLETARIAT  Gonzo Reportback:  I had decided that I would not miss, neither, the Empire of the Sun tent nor the Pet Shop Boys tent.  But, outside of those performances, I had decided to stick with my companions and check out whichever musicians they wanted to check out.  But they got lost in the shuffle.

I stood still, trying to spot my friends, as a dense carnival of people circulated from one stage to another.  Before I knew it, a show was starting in the random Coachella tent I stood before, scanning owl-like for my friends.

But then a band took to a stage before me.  Intrigued, I ended up being pleasantly surprised by the Gobi tent, and soon hooked on a singer with an R&B band of whom I knew next to nothing a few minutes prior.  In a music festival dominated by rock and roll, electronic, and hip hop, it was refreshing for us old timers to hear a band skillful enough to play some brilliant R&B, yet with eclectic panache.  By the time this singer, whose name turned out to be Solange, closed with “Losing You” and Beyonce came on stage to dance with Solange and I realised they’re sisters, I was already mesmerised by the eclectic sounds incorporating old school vibes paired with a modern and mature sophistication. [1]  And, having already been a fan of Blood Orange, and hearing the vibe of Dev Hynes in Solange’s music, it was perfect.

“Losing You” became an instant favourite.  It was heavenly, though alone in a crowd. 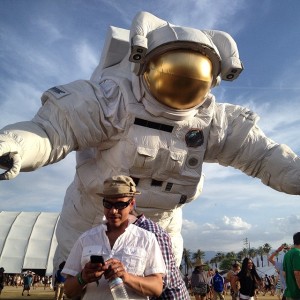 Whenever talking about Solange, the conversation inevitably steers to her superstar sister Beyonce.

It’s understandable, albeit a bit unfair. Beyonce, the teenage girl-group frontwoman turned pop queen of the universe, casts a mighty wide shadow — a shadow that stretched to the Gobi tent stage at Coachella, where Solange performed Saturday night. Beyonce’s kid sister has surely led a life of constant comparison, and Solange’s first album, 2003’s “Solo Star,” did follow in the sassy, pop-tinged R&B of the mega-selling Destiny’s Child.

Solange closed with “Losing You,” a sticky mid-tempo dance-R&B gem that solidified her as a star in her own right. The Gobi tent became a bouncy singalong before she was joined by a special guest who had every fan reaching for their smartphones.

Beyonce, her face beaming with big-sister pride, joined Solange for a high-spirited routine as the tent erupted with delighted screams.

The two giggled and blushed as if the stage was their bedroom and they were still jumping on their beds dreaming of stardom. The set ended in a giant hug and kiss, with Bey lifting Solange off the ground before running out of the spotlight.

“Solange and Beyonce at Coachella 2014“