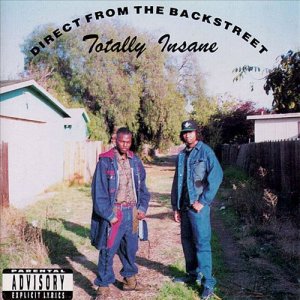 E’rybody was bumpin’ this classic record when it came out, reflecting the brutality and humanity of the urban streets and ghetto life.  Around this time, too, East Palo Alto became the statistical murder capital of the nation.

In terms of urban economics, East Palo Alto is an important case study in capitalist profit motive creating another ghetto.  Like Stockton, California, Palo Alto was divided by a highway, in this case Highway 101.  Blacks were not permitted to go west of 101, unless it was to perform domestic work or some other such socially accepted reason.  Essentially, all the service workers lived east of 101, in an economically dependent unincorporated outskirt along the San Francisco Bay.  The east side consisted almost entirely of residential neighborhoods, with little to no businesses to form an adequate local tax base.  Meanwhile, the wealthy lived segregated lives to the west of 101 in lush estates isolated from blacks, and other non-whites, along the peninsula and west into the foothills leading to California’s coastal range.

Your author recalls visiting relatives there in the 1980s, and even in the 1990s, many streets were not even paved.  Many streets had dusty, pot-holed, loose-gravel roads.  It was like having a tiny developing nation within the wealthy San Francisco Bay Area.  Even that would be taken away over time, as brutal gentrification forced out and displaced many East Palo Alto families along the Highway 101 divide to make way for greater comforts for the posh Palo Alto residents, including a massive Ikea and Home Depot (east of 101) and sky-rise buildings (west of 101).  As a testament to the spirit of gentrification, which thrives throughout posh Palo Alto and its peninsulan neighbours, residents in Palo Alto, Menlo Park, and certain neighbouring fancy towns receive a freely distributed, slick, magazine entitled Gentry Magazine, which features and celebrates local ruling class elites.  The wealthy distribute slick propaganda, insuring the perpetuation of certain elitist ideals.  We recall:

“East Palo Alto has always had a rich history.  While there is plentiful shopping and business outside East Palo Alto, there was relatively little in the city. Most of EPA was unincorporated county land, so it was not eligible for many of the revenue benefits of city status. Until 1983, East Palo Alto existed as an unincorporated “island” in San Mateo County, dependent on county government for services and on the San Mateo County Sheriff for police protection. After several years of pro-incorporation campaigning by local community groups, a 1982 ballot measure that was stopped by a lawsuit, and a subsequent election the next year, East Palo Alto became a city in June 1983, with Barbara A Mouton as its first Mayor. (Because of subsequent legal challenges to the last ballot measure, it wasn’t until 1987 that the city was officially recognized as such.) The legal challenges were led by former U.S. Congress member Pete McCloskey, who represented one of the real-estate brokers whose original blockbusting campaign had turned EPA into a mostly-black town.  The final tally was 1,777 for and 1,764 against, a margin of 13 votes; a majority of 50.2%.”

Once again, channelling the ghost of J.C. Nichols, we see the real estate industry, with congressmen doing dirt for the industry, creating ghettos to boost their own profits.  This is another example of replicating the original model developed by real estate tycoon J.C. Nichols in Kansas City, Missouri, as described by Kevin Fox Gotham, Ph.D. (University of Kansas) in Race, Real Estate, and Uneven Development:  The Kansas City Experience, 1900-2000 (2002: State University of New York Press).

Baby on the way, but you didn’t know the deal

Didn’t know you’d have a boy

His name would be Phil

You both was young and didn’t know…