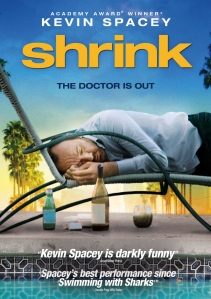 LUMPENPROLETARIAT—In Kendrick Lamar’s new album, To Pimp a Butterfly, one of the themes, which runs throughout its cinematic scope is depression and the crossroads, which lay before the sufferer confronting it.  In “i“, Kendrick raps:  “I’ve been dealing with depression ever since an adolescent.”  It seems the first step is always opening up.  So, he did.

In Shrink, Kevin Spacey plays a character living in a different Los Angeles from the one the characters, which populate Kendrick Lamar’s albums, live in.  And the soundtrack is provided by Jackson Browne.  Yet, the pathos is the same.  “And, yet, the sufferer must help himself,” says a compassionate friend of Spacey’s character, quoting Kierkegaard.  There’s a message being conveyed in that scene, sans Christianity, by the closest friend and confidante of someone in great pain:

“As it is a comfort to seafarers to know that no matter what strange water they may venture there are always pilots within call, so the edifying contemplation stands near the breakers and reefs of this life prepared by daily sight of terrible sufferings swiftly to render what little aid it can.  Yet, it cannot help in the way that a pilot helps the ship.  The sufferer must help himself.  But then neither shall he owe to this or to any other man what the seafarer owes to the pilot.  Indeed if this sufferer like anyone else sincerely wills the Good, then he must be ready to suffer all.  Then he is committed, not in that commitment by which he is exempted from suffering, but in that by which he remains intimately bound to God:  in which he wills only one thing:  namely, to suffer all, to be and to remain loyally committed to the Good—under the pain of the wish.”[*]

It seems we understand what it is we are expected to be committed to:  right livelihood, whether we call it God or the Good.  We seek to free ourselves from suffering as well as to free our community and society from wanton suffering.  Someone once wrote barbarism begins in the home.  Ultimately, we must be good to ourselves to liberate ourselves, like Kendrick exclaims, runnin’ through the hood, with all of its joy and pain:  I love myself!