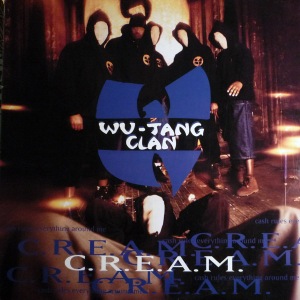 LUMPENPROLETARIAT—This is an interesting cover by classically trained pianist and composer JooWan Kim, who also grew up in Korea listening to diverse music, including hip hop music.  After earning music degrees from Berklee College of Music and the San Francisco Conservatory, Mr. Kim founded Ensemble Mik Nawooj in 2005 in the San Francisco Bay Area, getting much love and support from local benefactors ranging from free speech radio KPFA‘s Hard Knock Radio to Google.  Check this out.

How one long-haired Asian guy speaks to the future of hip hop and classical music.

We might as well get this out of the way: If JooWan Kim is one of the stars of the Bay Area hip-hop scene, he doesn’t exactly look the part. Bespectacled and slight of frame, the 34-year-old Korean American wears his hair long and favors sandals and white robes — a look befitting a martial arts guru (if you’re into stereotyping like that), or maybe Jesus Christ.

Kim doesn’t rap — he has no aspirations to be the next Denizen Kane or Jin Au-Yeung. He doesn’t work the turntables; he doesn’t cull out obscure tracks to sample. Rather, he’s a classically-trained composer with degrees from Berklee College of Music and the San Francisco Conservatory. He also cusses a lot, dismisses the classical genre as mostly “old white people music,” and has an abiding love for N.W.A. Go ahead, try putting him in a box.

Here, it’s different: “Because I have long hair and I’m Asian, they’re, like, ‘Who is this guy, and why is he into hip-hop?'”

Anyway, Kim isn’t so much trying to break into the hip-hop world as he is determined to reshape it, in what might appear to be the unlikeliest of ways — by combining rapping and hip-hop rhythms with elements of his first love: classical music. And so he’s assembled a crew that not only includes two highly-regarded Bay Area rappers — Do D.A.T. and Rico Pabón — but also a flute player and a violinist and a guy on stand-up bass.

On Friday, June 8 [2012], Kim’s Ensemble Mik Nawooj (read it backwards) will perform his magnum opus, The Great Integration, at the Oasis Restaurant & Bar. The ninety-minute, two-act “chamber hip-hop opera” will feature a nine-member ensemble: strings, woodwinds, drums, the two emcees, and Kim himself holding court on the piano.