LUMPENPROLETARIAT—Gonzo:  The first time I heard the  musical composition entitled “Magnetic” (just a few moments ago on Pandora), I was on board within the first few bars (without even knowing who the musicians or composers were).  The sārangī never ceases to floor me.  I suppose, with my particular musicprint, I was destined to love this track. [1]  Perhaps, you might as well, even if your musicprint is much different from mine.  It reminded me of DJ Cheb i Sabbah‘s classic Shri Durga (1999), which was a formative album for my personal musicprint (and likely that of many other westerners), bridging accessible electronic music (for Western ears) and Hindustani Classical music. 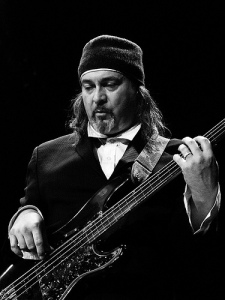 It turns out this particular recording group, Tabla Beat Science, was a musical group founded in 1999 by Indian musician, film actor, and tabla master Zakir Hussain (b. 1951) and Bill Laswell (b. 1955), both of whom are revered musicians within my personal music collection and personal musicprint.

Bill Laswell, of course, is a very well-known composer, musician, and producer.  Most notably, at least from my extremely limited personal music collection, I would recommend Panthalassa: The Music of Miles Davis 1969–1974 and Dreams of Freedom (on the Axiom record label), wherein Bill Laswell remixes Miles Davis (1926-1991) and Bob Marley (1945-1981), respectively.  But, of course, Bill Laswell has recorded many other gems I (and the world) has yet to discover.

Similarly, Zakir Hussain is a personal favourite, initially, from his late 1990’s collaboration, which included legendary English guitarist, bandleader, and composer John McLaughlin (b. 1942) entitled Remember Shakti.  Professor Gustavson at the College of San Mateo blew our minds one morning in class when he played for us (over the classroom’s custom surround-sound stereo system) one of John McLaughlin’s musical projects, the Mahavishnu Orchestra.  Strange time signatures and metres and harmony abounded.  We did our best to keep up.

Yes, this track, “Magnetic” from the 2000 album Tala Matrix, reminded me of DJ Cheb i Sabbah‘s Shri Durga.  But, whereas Shri Durga‘s nexus between the ancient and the modern seemed to rely more on the Hindustani Classical elements as the icing on the electronic cake, Table Beat Science seems to use electronic elements as the icing on the Hindustani Classical cake.  Check it out.

[1]  A musicprint is one’s individual musical fingerprint, so to speak.  This is a concept introduced to me by one of the greatest pianists I ever knew, my former music professor at college, Professor Gustavson.  Technically, he was my professor of harmony and musicianship.  At any rate, one’s musicprint, as he taught us students, is one’s unique historical memory of music.  Everything one has heard, in terms of music, up to that particular point in one’s lifetime, shapes one’s musicprint.  And one’s musicprint, influences how one responds to a given piece of music, whether one is less or more open to a particular musical form or composition, and so forth.