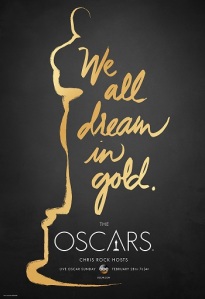 LUMPENPROLETARIAT—With the burgeoning complaints against the all-white 2016 Oscars, family, friends, and colleagues have been discussing which movies may have actually been snubbed by the nearly all-white, and all-male, Academy of Motion Picture Arts and Sciences (AMPAS).  Of course, this requires watching as many of the 2016 Oscar-nominated, and not nominated, contenders as possible. [1]

A stand out film of 2015, which was not nominated for anything by the 2016 Academy, is Concussion, starring Will Smith.  I’m not a huge Will Smith fan; but he does a good job here, reminiscent of his earnestness in The Pursuit of Happyness (2006).  Will Smith plays Dr. Bennet Omalu, a hard-working, disciplined doctor, pathologist, and scientist, who holds some eight different academic degrees, and makes a medical discovery relevant to sports medicine, which he publishes in a medical journal.  Dr. Omalu coins the disorder he discovered CTE (chronic traumatic encephalopathy).  Armed with the knowledge of CTE, athletes with symptoms of CTE could better manage the disorder, or save, their own lives.  But because it poses an inconvenient truth for the powerful NFL, associated corporations, and other profiteers, not to mention sports fans, whose identity is often bound up in a fantastic cradle-to-grave romanticization of sports, Dr. Omalu’s truth-telling rendered him persona non grata.

USA TODAY—[18 JAN 2016]  #OscarsSoWhite that Jada Pinkett Smith and Spike Lee will not be attending them, as the two announced via social media on Monday.

Smith initially contemplated skipping the 88th annual Academy Awards after her husband, Will, failed to net a best actor nomination for his turn as Dr. Bennet Omalu in Concussion. The actress confirmed her intent to boycott in a video posted to Facebook.

[1]  Will Smith’s wife, Jada Pinkett, released a statement that she would be boycotting the 2016 Oscars for being all white and, essentially, racist or white supremacist, albeit this decision is interwoven with her personal stake in her husband’s failure to win a nomination.  Similarly, Spike Lee said he appreciated the honorary Oscar he received in November of 2015, but said he was boycotting the Oscars as well, taking the Academy to task for its lack of diversity, reflected in its top nominations.  Baptist minister, civil rights activist, and Obama Administration insider, Reverend Al Sharpton also recently slammed the predominantly white Academy of Motion Picture Arts and Sciences for its lack of diversity:  ““Hollywood is like the Rocky Mountains, the higher up you get the whiter it gets and this year’s Academy Awards will be yet another Rocky Mountain Oscars,” Sharpton said in a statement provided by the National Action Network.”.  We’ll see if Chris Rock takes the cause seriously enough to boycott the gig, too, or if he’ll approach it simply sour grapes on the part of Jada Pinkett, as Concussion wasn’t nominated for anything.