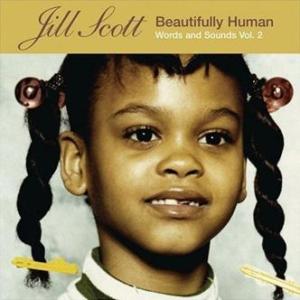 LUMPENPROLETARIAT—Tell it like it is, mujer.  Don’t let no one get you down, not even the man, the system, not even me, not even as much as I love you, even when you lose your cool.  We know about self-sufficiency.  Yet, no human is an island.  And we know about the fleeting and temporal nature of human charms.  And we know about promises.  But it takes two to tango, dialectically.  Let’s dance, si lo desea.  But there’s no need for alarm.

Yesterday, as I sat at the Pittsburg DMV, a woman shrieked outside in the car park, as fists slammed into human flesh. [1]  Some of us looked outside and found tragic domestic violence, as she punched her man with all her might.  Later, one desperate soul, who allegedly took hostages and carjacked several vehicles in our community, finally surrendered in adjacent Antioch after trying to flee from police, or flee from his demons, up and down the northeast Bay Area.  Police cars passed me on Buchanan street, then shut it down, as I got through, before a critical mass of police converged and made an arrest.  Poverty and the working class struggle to make ends meet takes its toll, as economist Dr. Richard Wolff often points out, as families are torn asunder by economic hardship.  Back at the DMV, as I waited for my number to be called, another aging woman cried and pleaded with her elderly mother to take her home.  Development is arrested.  And the rest of the community within the building, ostensibly holding it together, grittily clenched their jaws and steeled their gaze against the world, their immediate goals, and away from the pain and suffering engulfing this confluence of socioeconomic woe.  We all suffer, as we forget we are one.

And, oh
How do I trust you?
How do I love you?
When you lie to me repeatedly
And, oh, how do I have faith in you?
When you just don’t come through
Like you said you could
Oh, say, can you see?

But I know my rights, babe
There’ll be no law abridging
The freedom of my speech
Or the right for me to petition for a remedy of grievances

And I want to trust you
I wanna love you, yeah
But you lie to me repeatedly
And, oh, I wanna have faith in you
But you just don’t come through
Like you said you could
Oh, say, can you see?

I want fresh foods, clean water
Air that I don’t see
I want the feeling of being safe on my streets
I want my children to be smarter than me
I want, I want to feel
I wanna feel, I wanna feel free
For real, yo’
I’m just telling you, so you know

I can pay my own light bill, baby…  But…

I’m sorry I have to drop the bomb this way
I mean there’s a lot of things I could say
I could tell you that I really wanted to be with you
But you don’t feel me; you can’t hear me
I, I got to make this next move
I gotta do what a sista’s gotta do
And if that hurts you, well, then it hurts you
I gotta make a move, I’m gonna do it, too…

It seems we understand what it is we are expected to be committed to:  right livelihood, whether we call it God or the Good.  We seek to free ourselves from suffering as well as to free our loved ones, our community and society from wanton suffering.  Someone once wrote barbarism begins in the home.  Ultimately, we must be good to ourselves to liberate ourselves…

“My Petition” (live) by Jill Scott

Jill Scott:  On being “dickmotised”

[JILL SCOTT lyrics are property and copyright of their owners.  “My Petition” lyrics are provided here for educational and personal use only.]