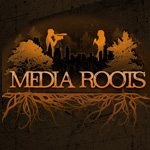 LUMPENPROLETARIAT—The article below was originally published at MediaRoots.org on 24 FEB 2012.

We will continue to archive past articles published at MediaRoots.org by Lumpenproletariat.org founder, Felipe Messina.

MEDIA ROOTS—(24 FEB 2012) Doubtless, many have heard of the U.S. targeted killing of U.S. citizen Anwar al-Awlaki under Obama. But many may not know that al-Awlaki wasn’t the last U.S. citizen arbitrarily killed by the state, as investigative journalist Jeremy Scahill recently reported:

“You know, President Obama authorised strikes that resulted in three U.S. citizens being killed within less than a month in Yemen: Anwar al-Awlaki, who was born in New Mexico; Anwar al-Awlaki’s 16-year-old son; and then Samir Khan, who was another U.S. citizen from North Carolina and was the editor of Inspire magazine, the English-language publication of al-Qaeda in the Arabian Peninsula. All three of those U.S. citizens were killed within one month.”

Obama drone strikes have arbitrarily killed hundreds of civilians worldwide including three U.S. citizens without conviction, trial or due process. One might expect more public outcry. Yet, in light of a recent Washington Post ABC News poll revealing that 77% of self-proclaimed liberal Democrats approve of Obama’s drone policy, it seems most progressives are prepared to re-elect Obama or sit idly by as he purchases a second term.

But while we’re all indignant about the profoundly disturbing killings by the U.S. under Obama in Yemen and elsewhere, we forget the U.S. establishment is killing many more in the U.S. Many U.S. citizens, such as Kenneth Harding and Oscar Grant, are gunned down daily by the state, igniting uprisings of a different sort in this country.

Jeremy Scahill recently joined Amy Goodman to discuss U.S. intervention in Yemen and the arbitrary state killings of U.S. citizens. However, it seems important to broaden discussions to allow investigative journalists to reflect upon U.S. violence abroad as well as state violence domestically. The state killings of Anwar al-Awlaki and Oscar Grant are related, because they are all manifestations of the police state violence necessitated by U.S. imperialism under capitalism.

Mickey Huff, of Project Censored, has recently notedhow the rise of U.S. targeted killings stems from the rise of torture perpetrated by the U.S., as the citizenry becomes increasingly complacent toward its continued use in a post-9/11 sociopolitical climate. It may also be argued the rise of torture is, really, a continuation of poorly reported domestic torture of U.S. citizens, particularly people of colour and/or low-income.

The bold-faced tyranny of the state shows itself quite plainly, if we observe the historical record against labour, civil rights, and activists throughout U.S. history. As Naomi Klein noted, it’s important to look at history and roots to survive the shocks intended to derail nations. But then what are the people to do? Protest or petition our masters? Petitions are easily ignored, but also part of proving the futility of working through the system. Protests are ignored, downplayed, or distorted by the United States’ mostly corporate-owned media machine, which reaches the most U.S. minds. Protesters are intimidated, bullied, beaten, arrested, and worse for exercising their inalienable rights. Yet, they must endure.

“So long as the people do not care to exercise their freedom, those who wish to tyrannise will do so; for tyrants are active and ardent, and will devote themselves in the name of any number of gods, religious and otherwise, to put shackles upon sleeping men.”

Something is glaringly amiss beyond the Election 2012 hyperbole—our political discourse sorely lacks a culture of resistance to the two-party electoral system underpinning U.S. imperialism. Today, many seem to enjoy an apathetic stance toward electoral politics because the only two choices are owned by the same corporations. Yet, political parties rule this nation, in the Legislative and Executive branches, some would even say in the Judicial. And although the people need a grassroots people’s party to pose a serious Left challenge, U.S. progressives throw their lot in with their chosen political organisations, which may focus on advocacy but leave electoral politics in the unchallenged hands of Wall Street.

A serious debate about U.S. democracy must be undertaken. Virtually everyone says they want democracy, but few vote and less do so from an informed perspective. Progressives put their faith in the Democrat Party and get swindled every time. We lack a culture of reflection to learn from the past. Perhaps, new generations of progressives are fooled by Democrat Party promises because older generations do not own up to the consequences of supporting the two-party system. We have a captured political system or, perhaps, a subservient and brainwashed body politic. Both yield similar results.

Observing the U.S. in its youth, Alexis de Tocqueville wrote:

“The instability of the administration has penetrated into the habits of the people: it even appears to suit the general taste, and no one cares for what occurred before his time. No methodical system is pursued; no archives are formed; and no documents are brought together when it would be very easy to do so.”

They say, in a democracy, the people get the government they deserve or allow. If one doesn’t like the choices one can work to change them, or open up the process to consider alternative candidates like Rocky Anderson of the Justice Party in 2012. Otherwise, how can one complain about the next Democrat’s policies when one supported, or acquiesced in, that candidacy? In the U.S., too many are more committed to their favourite celebrity or sports team, than they are to the political candidates or parties they choose or ignore and which impact their working lives.